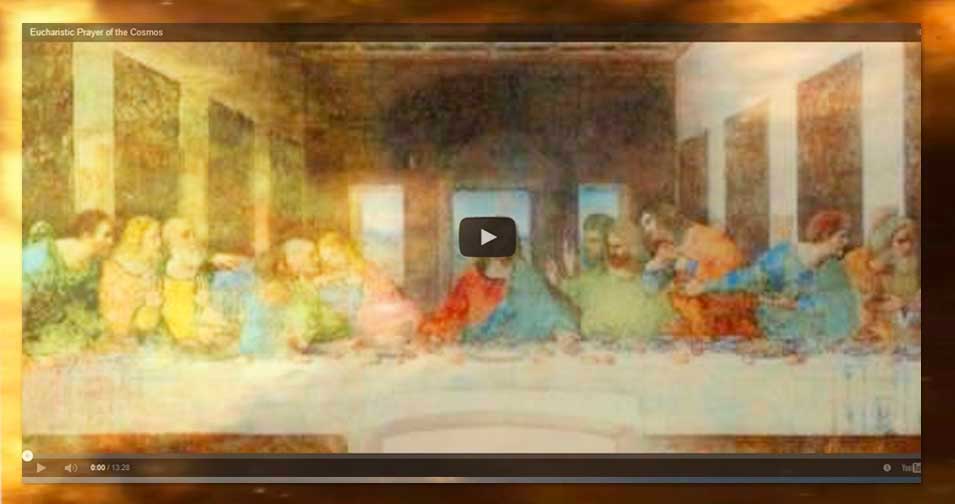 
The Eucharistic Prayer of the Cosmos

The great religions of the world have all tended to take the awesome sweep of life and reduce it to a preoccupation with human affairs, as if God had eyes only for us. Then they have further reduced “salvation history” to one or two interactions between this caricature of God and some special, chosen tribe.

In the case of Christianity, Eucharist has been reduced to a celebration of the redeeming death of Jesus to which God agreed in order to pacify Her outrage at Adam’s sin. This is anthropomorphism, servile fear and gross ingratitude at their worst.

As a Catholic priest since 1972, I have decided to begin celebrating the 13 billion year sweep of God’s ecstatic love affair with all of Her children. So in May of 2007, I wrote this “Eucharistic Prayer of the Cosmos” to liturgically acknowledge the exquisitely choreographed dance between the ineffable transcendence of God and Her immanent creation.

I am including two versions:
(a) A Liturgy Celebrating Christ Consciousness, which is a full Mass, written from a cosmic perspective
(b) The Eucharistic Prayer of the Cosmos, which is already embedded in the full Mass, but is here extracted to stand alone as a hymn of praise to God of the Universe.